When will the South African economy start living with COVID-19, and when will the pandemic end?

The South African economy has taken a massive hit due to the pandemic, while the economy is currently 19.3% larger, it is off a very low base. Most economists have cautious optimism around the growth outlook, largely due to the reform path (even though slow) and the strong fiscal controls in place. 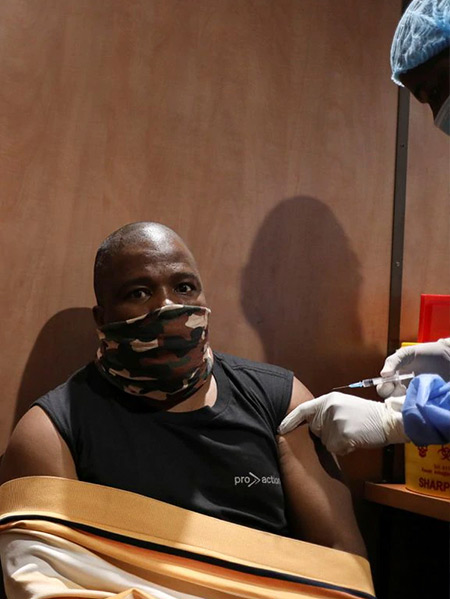 It has been about a year and a half since the first case of Covid-19 was reported in South Africa which has resulted in multiple lockdowns that has a direct impact on our GDP which had a meagre growth of just 1.2% reported for Q2. The impact of the pandemic has stretched all of our resources and changed the way of living. The questions South Africa will need to ask is what is the plan on the end game and when will this be?

Will we eradicate Covid-19? Are we trying to prevent hospitals from getting overwhelmed? Will herd immunity be achieved through vaccinating a large part of the population? Or is it something else entirely? We know that experts have consistently said that Covid-19 is here to stay with us forever, so ultimately our back to normal must be driven on answering the question on: How many Covid-19 deaths are too many? While this question has ethical ramifications, at some point, this will be asked!

The South African economy has taken a massive hit due to the pandemic, while the economy is currently 19.3% larger, it is off a very low base. Most economists have cautious optimism around the growth outlook, largely due to the reform path (even though slow) and the strong fiscal controls in place. The pandemic, political instability which lead to the recent looting and historic inequality still remain the largest threat to growth, with almost 34% in unemployment and the highest rate of youth unemployment, South Africa needs to urgently move past the pandemic. Unfortunately this is easier said than done.

Covid fatigue has set into South African’s lives for months, and our policy makers will have to strongly consider what type of balancing act will be achieved with vaccinations and non pharmaceutical measures which are the most effective tools. While we have a new normal of working from home, the nature of human beings is that they require social interaction and the old normal will ultimately be returned with some mix in the future.

The Department of Health in South Africa with the help of the WHO will need to play a strong role in determining when the pandemic becomes endemic. The metrics needed to determine what endemic means will be based on a few factors.

As stated, herd immunity is unlikely to be achieved. Governments target in South Africa is to ensure that at least 67% of its population is inoculated which equates to about 40.4 million people. While vaccine supply has been resolved, vaccine hesitancy and access to vaccination sites now appears to be the main driver for government missing this target.

Whatever strategy has been developed will need boldness of political leadership. Singapore has developed a living with Covid-19 strategy launched in early August 2021 and was based on the fact of it having one of the highest per capita vaccination rates in the world, but just a month later due to the rise of cases driven by the delta variant, lawmakers there are already adjusting their approach. This largely is driven by fear as a result of places like Sweden which failed at its Herd immunity strategy.

South Africa’s economic problems don’t end with COVID-19 becoming endemic. There are various post pandemic policy consideration which should be considered to build that trust, in particular to unlock the economy and resolve the biggest risk of unemployment. For the South African economy to create prosperity, generate jobs, and improve public finances and debt dynamics, there is only one path — higher growth. To generate employment, South Africa would have to address three chronic problems in its labor market: extremely high rates of inactivity, high rates of unemployment, and low levels of self-employment.